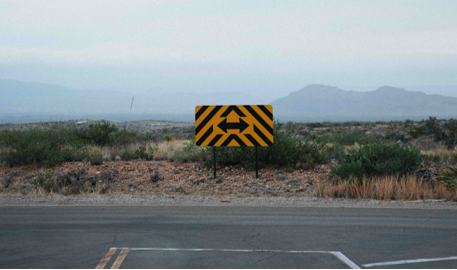 Sooner or later, every company faces the challenge of relaunching its website, and often, in our experience, a corporate design revision is part of the process. No problem — but beware: the target group, or better, the target persona, should always be the focus of a redesign. This is the most effective way for companies to stand out in the overwhelming flood of information and competing offers and attract the attention of potential customers.

A company’s corporate design shapes the impression it makes, appearing on business cards, trade fair stands, social media channels and the website. Decisions on corporate design elements, such as the logo, color scheme, images and font, are usually made by management, since they represent the company and are responsible for its public image.

Consequently, the corporate design fails to draw the attention of the actual target group and the company misses the mark, unable to attract likely customers.

Subjective decision-making was the default approach in the absence of a suitable method for target group-oriented decision-making. This is where the Limbic® Map, a neuroscience-based tool, comes into play. It allows decision-makers to assign a Limbic® type to their target group/persona, linking them to certain character traits, emotions and motives, meant to reflect those of flesh and blood consumers. 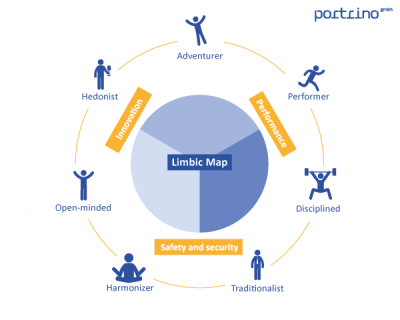 The resulting profile becomes the basis for making informed choices regarding the colors, shapes or words the target persona would favor. The insights gained can then be applied to corporate design or expanded and utilized in other marketing initiatives.

An important advantage here, is that executives, marketing managers and other stakeholders can put themselves directly in the shoes of the persona in question, enabling them to make decisions from that perspective rather than on the basis of their own emotions or taste.

Returning to our previous example, the hospital administrator, a “performer” type according to the Limbic® Map, would have chosen a striking red logo using the subjective approach. After putting herself in the shoes of her organization’s target persona, however, she will opt for subtle blue and green tones since they have a calming, confidence-inspiring effect on “harmonizers,” the type most closely associated with the hospital’s target group. As far as the slogan is concerned, instead of performance-driven formulations, such as, “Get back on your feet quickly,” the focus will shift to a message that conveys security, such as, “You’re in safe hands with us.”

With the Limbic® Map method , our clients have repeatedly succeeded in putting their subjective preferences aside and aligning corporate design decisions with their potential customers, resulting in better brand awareness, lead generation and customer satisfaction.

Would you like to know how we can optimize your corporate design with the help of the Limbic® Map?

How to switch easily to Google Analytics 4

Fast & uncomplicated: we help you build your online shop!

Fast & uncomplicated: we help you build your online shop! Why is e-commerce worthwhile right now? Product sales without an online shop is hardly conceivable, especially given the [...]

TYPO3 Update – For a secure and high performance website

TYPO3 Update - For a secure and high performance website With its new release in Octobre 2021, the 11th version of the Open Source CMS TYPO3 will [...]